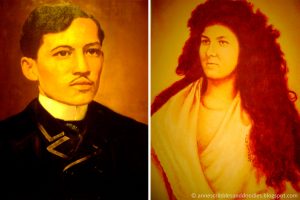 Taken from:  “From the Philippines to Ireland:  A Voyage of Discovery” by Vising Benevidez- Kennedy published in May 2017

About the Author:Vising Benavidez-Kennedy has been living in Ireland for the last 38 years. She is co-founder of the first Filipino-Irish Association in Ireland (1980) which she chaired five times in its lifetime of twenty years. Vising is a journalism graduate from the University of Santo Tomas in Manila, Philippines. She worked with The Manila Chronicle for three years, first as a provincial correspondent and staff member of the provincial section, before being appointed staff writer for the publication’s Saturday Weekly Magazine in 1967. Sadly, the newspaper was shut down by the government shortly after President Marcos declared Martial Law. Vising went to edit The Echo, the house organ of the Sisters of St. Paul of Chartres, Philippines. Arriving in Ireland in 1977 with her husband Jim, she became a contributing feature writer for the Woman’s Way magazine, a Smurfit publication in Dublin. At the height of the Celtic Tiger years, she edited The Filipino Forum (2004–2012) and wrote a column for Metro Eireann (2006– 2010), the only multicultural newspaper in Ireland. She was an active volunteer at St. Mary’s Church in the parish of Lucan, serving as a member of the Parish Pastoral Council, the Bereavement group, Minister of the Word, Baptismal Group, and Justice and Peace group. She also co-founded the Lucan Gardening Club. Now retired, she lives with her husband Jim in Lucan, Co. Dublin. They have two grown-up children, Patrick and Noriana.

Where and when did Josephine Bracken arrive from Ireland to the Philippines? How did fate bring them together?

It’s a small world! Filipinos have a close affinity with the Irish through an Irishwoman named Josephine Bracken – so much, so that it may now become a mantra for a Filipino diplomat to mention in an Irish state function, “Our diplomatic relationship with Ireland started way back in 1895 when your Josephine met our Jose.” Josephine is the Irish wife of Jose P. Rizal, the Philippines’ national hero and martyr. She is the foreigner alluded to in his immortal poem ‘Mi Ultimo Adios’ (My Last Goodbye), where he wrote: ‘Farewell my sweet foreigner, my darling, my delight.’

Rizal fell in love with Josephine at first sight. Shortly after they met, he articulated his feelings in this poem: The hero meets his Irish love It all happened in Dapitan, a secluded, rural village at the southern tip of Zamboanga, where Jose Rizal was banished to by Spanish colonists in 1892. Rizal was not only a peaceful political reformist; he was a renowned ophthalmologist and doctor who continued his practice of medicine in this far-flung area. He lived a simple, uneventful but fruitful existence that enriched his life and the people whose lives he touched. Until his love, the eighteen-year-old Josephine, arrived in town. The smitten hero couldn’t hide his admiration of the ‘slender, brown hair with blue eyes, dressed in elegant simplicity with an atmosphere of light gaiety. Though she was not highly educated, she was witty, quick, and eager to hear all the things that Rizal had to say.” Josephine Bracken was born in Victoria Barracks in Hongkong on August 9, 1876 to an Irish couple, James Bracken and Elizabeth McBride. Because her mother died after giving birth to her and because her father, being a military man, was always on the move, Josephine was adopted by her American godfather George Edward Taufer and his wife. Taufer worked as an engineer in Hongkong at that time and was widowed when Josephine was a child. Taufer fell ill in his old age from a double cataract that no ophthalmologist in Hongkong could cure.

Having heard of Rizal whose fame as an ophthalmologist had spread in Hong Kong, “Josephine, Who to these shores came, Searching for a home a nest, Like the wandering swallows, If your fate guides you to Shanghai, China, or Japan, Forget not that on these shores a heart beats for you.” Taufer traveled a long way to Dapitan, Philippines where Rizal was exiled by the colonial Spain. She was accompanied by his 18-year-old adopted daughter Josephine. As any good doctor would do, Dr. Rizal gave everything he could to cure his patient. Sadly, however, Taufer’s sickness was incurable; Rizal couldn’t do more for him. But his love for Josephine was immovable. After a whirlwind romance of one month, they agreed to get married. When Mr. Taufer, however, learned about their plan, he flared up in a violent rage. Unable to endure the thought of losing Josephine, he tried to commit suicide by cutting off his throat with a sharp razor. Rizal, however, grabbed Mr Taufer’s wrists and stopped him from killing himself. To avoid further tragedy, Josephine returned to Manila with Mr Taufer by the first available steamer the next day. After 6 months, Josephine returned to Dapitan. Doña Teodora, Rizal’s mother, permitted her son to marry Josephine, but Fr Antonio Obach of Dapitan refused to marry them without a special dispensation from the Bishop of Cebu. Because Rizal was a Mason and Josephine was a Roman Catholic, a dispensation was not given. There was no other alternative but to get into a common-law marriage executed in the presence of two witnesses. They lived together as husband and wife in an octagonal bamboo house that Josephine turned into a love nest – stocking the pantry with pickles and preserves; cooking, washing, and finding food when supplies ran low; and trying desperately to build bridges with Rizal’s family, especially his sisters who heard rumors that Josephine was a woman of the streets and was a singer in a tavern in Hong Kong. In his letter to Trinidad on January 15, 1896, Rizal wrote that “we had no quarrels and we always laugh happily”, but unlike fairy tales that end with ‘and they lived happily ever after,’ Rizal and Josephine’s love affair did not last long. Quarrels came much later, one of which, based from an article in the Philippines Free Press, was violent, leading to her miscarriage.

The same article suggests that Rizal’s days of consolation with Josephine were over and that his request for assignment to Cuba as a medical volunteer was also prompted by his unhappiness with her. On his way to Cuba, however, Rizal was arrested, and after a mock trial, Spanish authorities sentenced him to death. On December 29, 1896, Josephine visited Rizal in his cell where Rizal sadly exclaimed: “Ah! My dear, my time has come to be united to you but to be separated forever.” After which, he begged for forgiveness for the sorrows he had caused her. Minutes before he calmly faced the firing squad, Spanish authorities allowed Rizal to marry Josephine. He gave her a copy of Fr Thomas á Kempis’s with the dedication: “To my dear and unhappy wife, Josephine, December 30th, 1896, Jose Rizal.” She became a widow at twenty. After the revolution, Josephine asked for the mortal remains of Rizal, but she was refused by the Spaniards. She swore to avenge his death by joining Gen Emilio Aguinaldo’s revolutionary movement on January 6, 1897. She once led a charge against the Spaniards and killed one Spanish officer using her own rifle. She participated in many battles, and most of the time, she was hungry and barefooted. Josephine stayed in Cebu where the American colonial government employed her as a public school teacher. One of her students was Sergio Osmeña, who became the Second President of the Commonwealth of the Philippines. Afterwards, she returned to Manila, taught at the Lyceum de Manila, and witnessed the Tejeros Convention of the Magdalo and Magdiwang factions of the Katipunan at San Francisco de Malabon in Cavite.

She was then summoned by Governor General Camilo Polavieja, who gave her an ultimatum to leave the country. Frightened because of impending torture, she left De La Imitacion de Cristo yMenosprecio del Mundo Manila for Hong Kong in May 1897. When her foster father died, Josephine was married to Don Vicente Abad of Cebu, who was then working in a tabacalera in Hong Kong, on December 15, 1898. They had one daughter, Dolores Abad, who was born on April 27, 1900, in Hong Kong, and who was married to Don Salvador Mina of Ilocos Sur. When Dolores was one year old, her parents brought her to the Philippines, and they lived with the other Abads in a big house in Calle Magdalena, Tondo, Manila. Afflicted by tuberculosis of the larynx, Josephine wished to die in Hongkong. A certain Father Spada, then Vicar General of Hong Kong, said that he was deeply touched upon seeing her deplorable condition. Father Spada added that the last time he saw Josephine, he was stricken with pity. She was broken down in health and in spirit, and she had lost all her hope and her faith in humanity. Father Spada took Josephine to the Saint Francis Hospital where nuns took good care of her. At the eve of her death, she asked for the Holy Sacrament that Father Spada and another priest administered. She died on March 15, 1902, unaware that a line of her husband’s poem had rendered her immortal: ‘ (Farewell, sweet foreigner, my darling, my delight). Her mortal remains were buried in the Catholic section of the Happy Valley Cemetery in Hong Kong.

In honor of Rizal’s , the City of Manila named a small street, Josefina, (the Filipino equivalent of Josephine) after her. The said street crosses España Street near the Quezon City boundary. Proof of the Irish Connection The Irish connection was uncovered through the joint efforts of Fr. Kevin McHugh and Fr. Martin Murphy, both Columban missionary priests who worked for many years in Adiós, dulce estranjera, mi amiga, mi alegría’ dulce estranjera the Philippines. Both of them had great admiration for our national hero and wanted to prove that his wife Josephine was indeed an Irishwoman. McHugh, for his part, traced the military postings of James Bracken, Josephine’s father. He found out that, indeed, Josephine was born in Hongkong to Irish couple Corporal James and Elizabeth Bracken, and was the last of 4 children. The 3 other children were born in Ireland, Malta, and Gibraltar. On his retirement from military service, James Bracken settled and died in Dublin, although he originally came from Ferbane. Murphy was responsible for tracing the Dublin descendants of Josephine Bracken. Using the Irish telephone directory he sent letters to a selected numbers of James Brackens. His efforts were rewarded when one day in 1997; he received a call from Francis Bracken in Dublin confirming Josephine’s connection with his family. When Fr. Murphy met with Francis Bracken, it was made clear that his great, great grandfather James was the father of Josephine. Murphy then happily filled him in on the love story of his grandaunt Josephine and her husband Jose Rizal, the Philippines’ national hero and martyr.

A planned statue commemorating our national hero and his Irish wife Josephine Bracken was aborted when the Philippine Embassy in Dublin suddenly closed during the recession.